I love crafting in my spare time. I also think QR codes are pretty neat. I’ll never forget one of the first experiences I had with a QR code was on a public bin in Canary Wharf. It had a QR code on the side and the idea was that if the bin was full, one could scan the QR code to report it to get it emptied. It made me smile. I thought, instead of adding to the problem or complaining about it, every Tom, Dick or Harry had been given the means to fix it:

Be the change you want to see in the world.

For a while, I thought QR codes had had their day. They’ll still be around a bit but they wouldn’t progress any further. Then came COVID-19. Test and Trace has revived the QR code, and I’m glad. Obviously, not because of the reason’s they are being used, but because I don’t believe QR codes had reached their full potential. Chrome has even added a built-in function to create a QR code from a webpage, which I’m even more pleased with; having Google behind it will allow them to more accessible and used more creatively.

This is where my love of crafting comes in. After learning the fundamentals of how they work, I realised they don’t have to be a certain size, or colour, or medium. So I made a QR code for my guests to log into our personal Wifi! 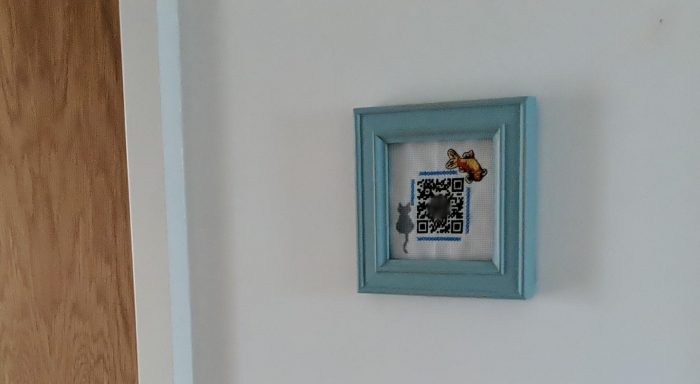 Not only does it add some decoration to the hallway, it’s functional.

There’s lots of things one can creatively do with a QR code. I’ve seen cross-stitch, crochet, Hama beads, etched into wood even Minecraft! The possibilities are endless and I’m excited to see where my next QR code encounter will be.

Whether you are just starting out in business and need help getting going or you are an established brand looking to take your sites and services to the next level our team can help you find the right solution for you.  We’ll talk to you in plain English and help you understand exactly what you need.